Investors are heading north of Dallas to make a huge land buy.

A 1,100-acre ranch in Grayson County near the town of Gunter has been purchased by a partnership that recently made another big acquisition in the area.

The purchase is along the future right of way of the Dallas North Tollway and in an area where land investors and developers are staking their claims.

Construction is underway on service roads for the tollway, which will extend north of U.S. 380 to Celina and eventually Gunter. Homebuilders are already scouting development sites that will be opened up when the new roadways are done.

Real estate broker Rex Glendenning, who handled both sales, said the new land buy is “located along the future tollway corridor just north of their first purchase, bringing their land holdings along the Dallas North Tollway corridor to over 2,000 acres.

“Both Singhania and Nanban feel this area along the tollway extension is poised for tremendous growth in the near future.”

With a huge demand for sites for new home construction, developers and investors are heading farther north and east of Dallas looking for affordable land.

“I feel that the Gunter area and southwest Grayson County now have an economic engine with the tollway extension to drive explosive growth over the next few years,” said Glendenning, whose company Rex Real Estate has recently handled several big land sales in Collin, Grayson and Kaufman counties.

Homebuilding in North Texas has risen sharply with the demand for new houses. Single-family home starts in the Dallas-Fort Worth area were up by more than 40%in the first quarter from a year earlier. 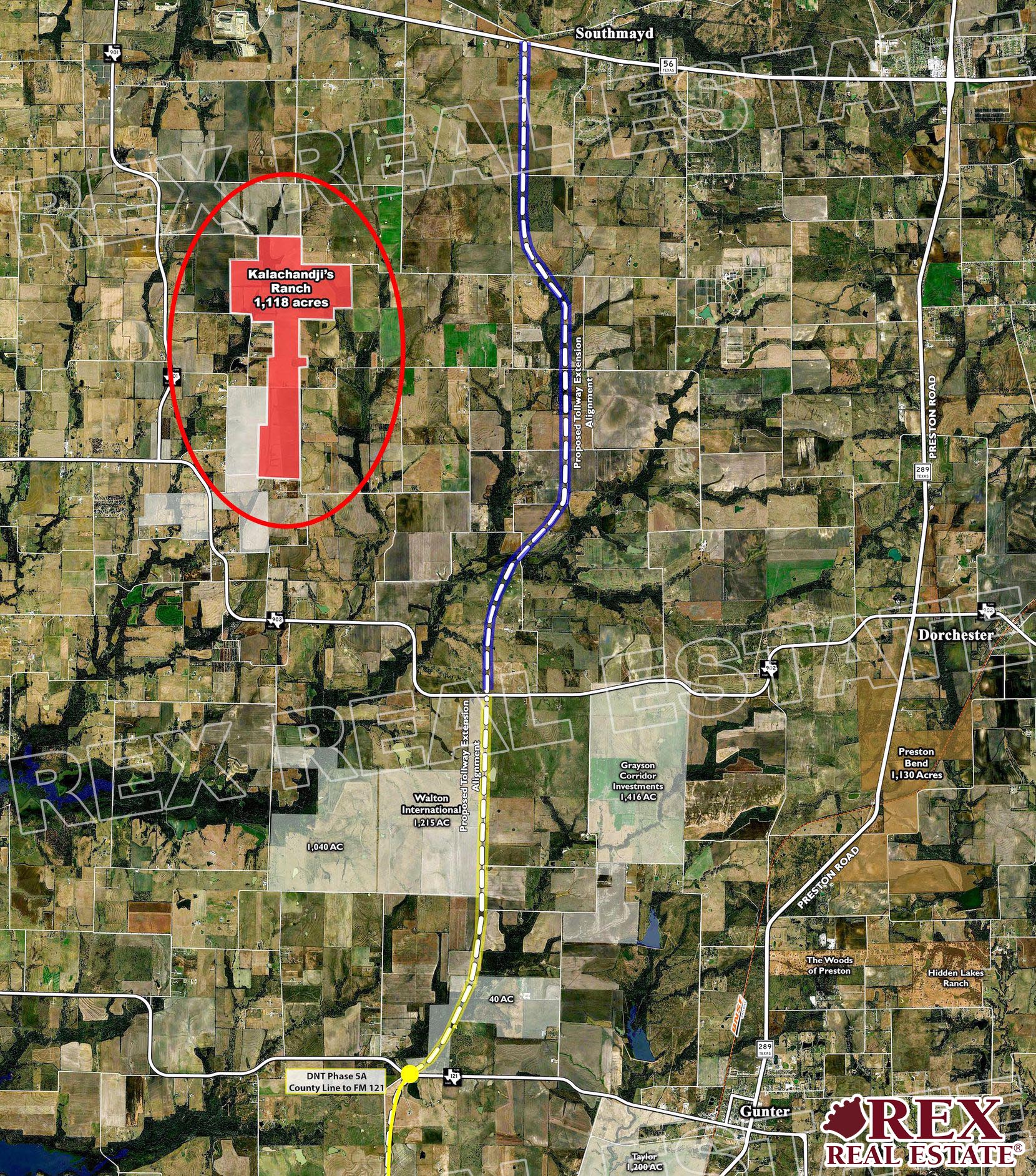 The 1,100-acre purchase is north of the town of Gunter. (REX Real Estate)