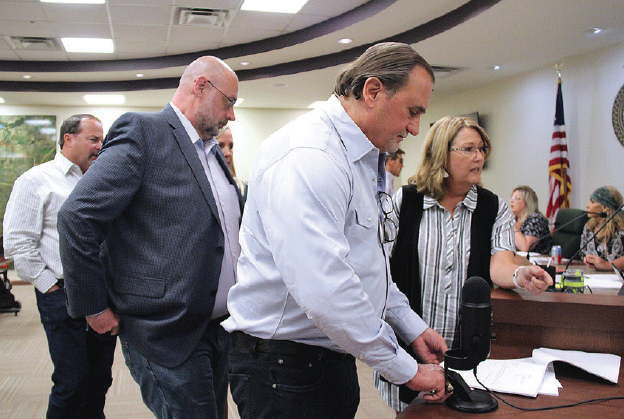 Rex Glendenning leans down to sign the paperwork for the agreements the Pilot Point City Council approved regarding annexation and development at the Sept. 9 City Council meeting, with Matthew Kiran, left, and Rob Daake nearby, as well as City Secretary Brenda McDonald, right, and Mindy Koehne. - Photograph by Abigail Alten/The Post-Signal

The Mustang Ranch agreement struck between the developers, led by prop­erty owner Rex Glenden­ning, and the city of Pilot Point provides future de­velopers with an example of how to set up their agree­ment, the city manager said.

"We have, I believe, come to an agreement in terms with regard to what Pilot Point wanted to see regarding development standards and quality con­trol and making sure that the project is conducive to the city long-term," Glen­denning said. "I intend to do that."

The amenities planned for the development could potentially include a golf course.

With the PGA Frisco golf courses set to open in August of 2022, accord­ing to visitfrisco.com, and set to host 26 golf champi­onships between 2023 and 2034, having a golf course within Pilot Point could help it become a location for smaller competitions.

Glendenning and his team discussed that possi­bility at the Planning and Zoning Commission meet­ing on Sept. 2. He gave an overview of it at the council meeting.

"We do have a high ­quality golf course devel­opment group that is working with us, that has ap­proached us and is work­ing with us and trying to convince me that that's the right way to go," he said Sept. 9. "I haven't commit­ted to that. We're still in discussions at this time."

He also complimented the city staff and attor­ney on their willingness to work with his warn since February to reach a com­promise that works for both sides.

One key component for the city was the voluntary annexation of the property into the city by the develop­ers.

The project includes the use of a Municipal Util­ity District to build the in­frastructure-streets, wa­ter lines and sewer lines. It also includes a separate Tax Increment Reinvest­ment Zone, which is set at a 75/25 split.

The developer will re­ceive three quarters of the property tax revenue to compensate it for its ex­penses, and the other quar­ter will go back to the city.

In comparison to Yar­brough Farms, for which all of the revenue funnels back into the TIRZ for the term of the agreement, the Mustang Ranch TIRZ will provide the city with the revenue it needs to provide emergency services and any other city services to that planned development, City Manager Britt Lusk said.

"The 25% of that TIRZ, by the time that we actu­ally have to [handle) pub­lic safety in that area will cover that expense," he said on Sept. 10.

If the bonds take less than 30 years to repay, Lusk added, the terms of the TIRZ will be satis­fied and the "city then gets 100% of that" property tax revenue.

Glendenning's company, REX Real Estate, has de­veloped multiple high-end developments since 1987, including the development that became Trophy Club, Granite Park in Plano and the Gates of Prosper still being built out fully along U.S. 380, according to the company's website.

He and his fellow broker Matthew Kiran's profes­sional successes through­out the Preston Road and Dallas North Tollway cor­ridors also includes broker­ing the deal for The Star in Frisco.

Kiran, Rob Daake and Mindy Koehne came with Glendenning to both meet­ings and answered the questions of the P&Z and council members.

As he spoke to the coun­cil, Glendenning reinforced what Pilot Point ISD and Tioga ISD have been told in the last few months by Bob Templeton of Templeton Demographics: The Dal­las North Tollway exten­sion project turned Glen­denning's attention to Pilot Point.

"You need that white ­collar demographics that are moving north from Plano, Frisco, Prosper, Ce­lina, that are now basically right here in Pilot Point," Glendenning said, calling the road "the catalyst" for "the synergy and the veloc­ity that's needed for proj­ects, master-planned, sin­gle family developments like this."

The development's close neighbors near the junction of FM 1385 and the toll­way's path include large de­velopments Talley Ranch and Bryson Ranch. Both of them are staying in the ex­traterritorial jurisdiction for now.

Members of the pub­lic expressed concerns about the possible con­flict between the prelimi­nary plans for the project and the county's thorough­fare plan, the change from a rural area to a suburban community and the use of a TIRZ in the development.

The council also ap­proved the budget for the fiscal year that begins Oct. 1 as well as the accompany­ing tax rate and utility rate increases.

All of the council mem­bers voted in favor of the budget and tax rate. Dean Cordell gave the sole no vote on the utility rate in­crease presented by the city staff to fund the upcoming budget.

Pilot Point ISD Super­intendent Todd Southard told the chiefs and the other representatives that he ap­preciated their hard work and dedication.

"On behalf of the school district, we appreciate so much the job that all of you did," he said, agreeing with the praise Dane-Patterson gave the people who han­dled the situation. 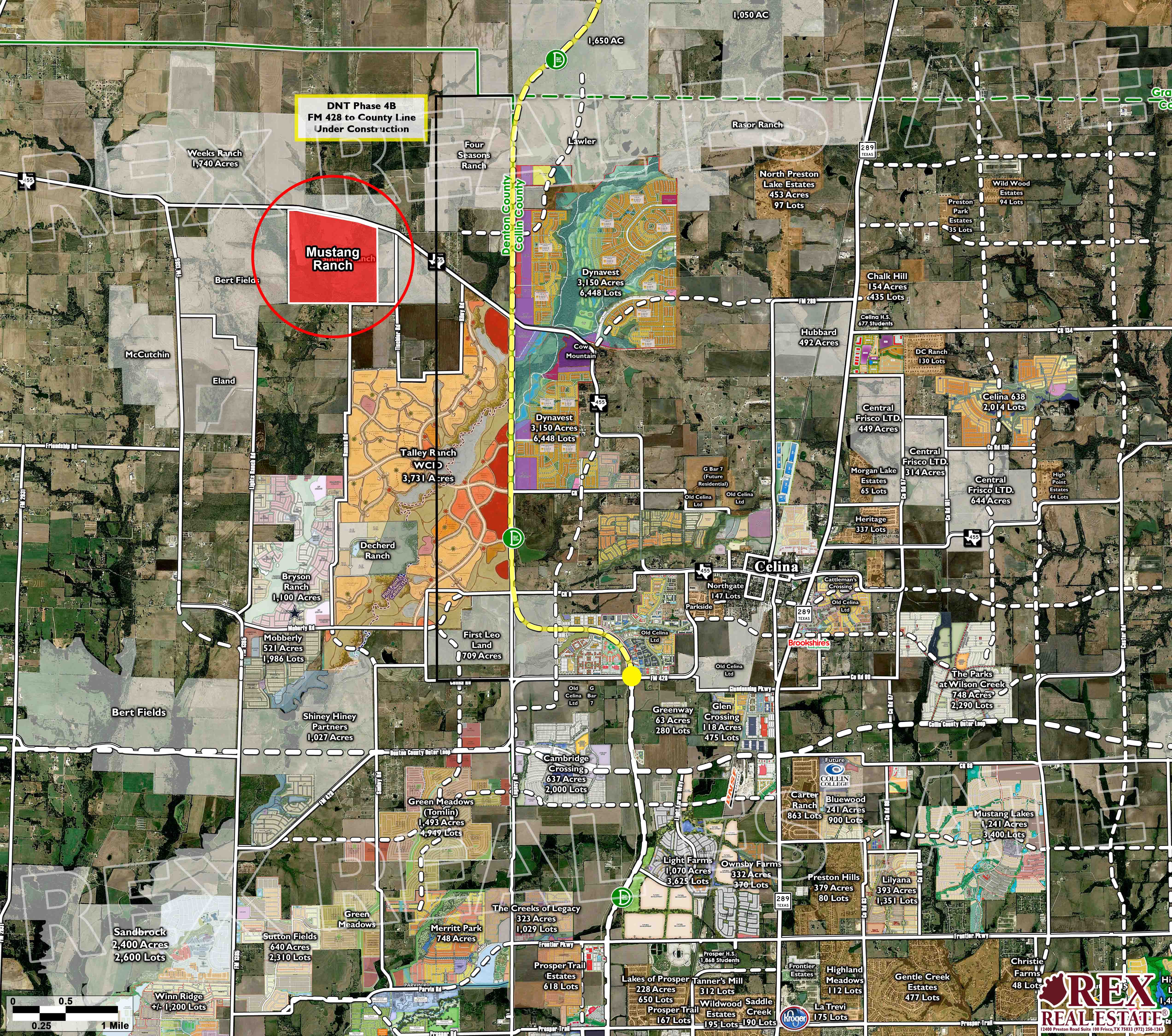