A huge Grayson County property in the pathway of North Texas growth has changed hands.

The property has two miles of frontage along the tollway path and is in the Gunter Independent School District. Construction of the tollway extension north of U.S. Highway 380 in Prosper is already underway.

“You’ll soon be able to drive the Dallas North Tollway from downtown Dallas up into Grayson County and Gunter,” said real estate broker Rex Glendenning, who handled the sale. “The Double Platinum Ranch is well-positioned for the future growth we expect to see with the development of the tollway.”

With a population of more than 2,000, Gunter has almost doubled in size during the last two decades and is expected to see more significant growth as development just to the south in Celina pushes north.

“We’re seeing an increased level of interest from investors and builders in this area, which is located less than 15 miles from the newly announced $30 billion Texas Instruments semiconductor chip-making campus” in Sherman, said Caleb Lavey.

Glendenning and Lavey of Rex Real Estate handled negotiations for Double Platinum Ranch for the purchaser along with Taylor Boyd of Adler Properties. 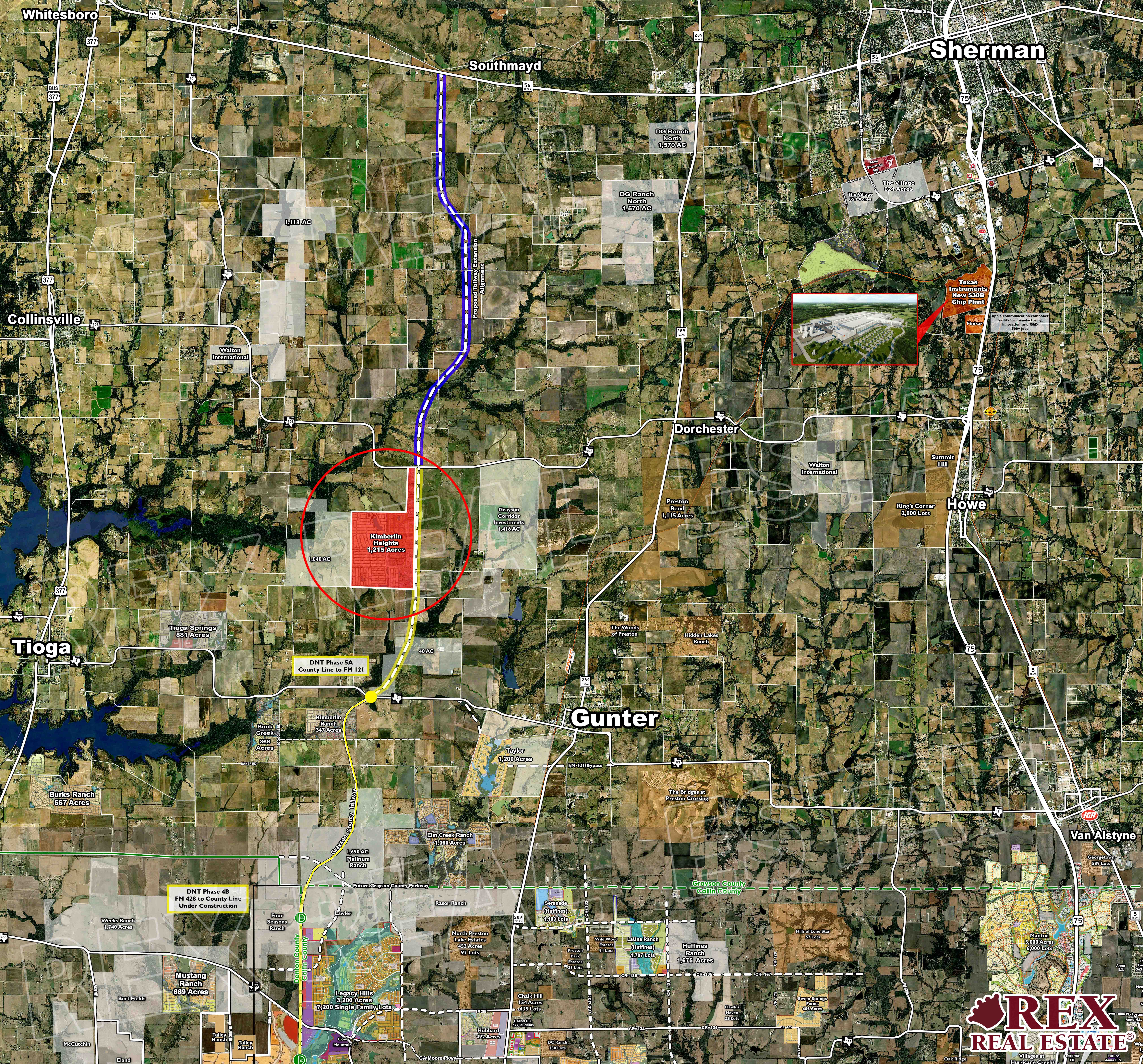 The Double Platinum Ranch — also known as Kimberlin Heights — is near the town of Gunter in Grayson County. (Rex Real Estate)